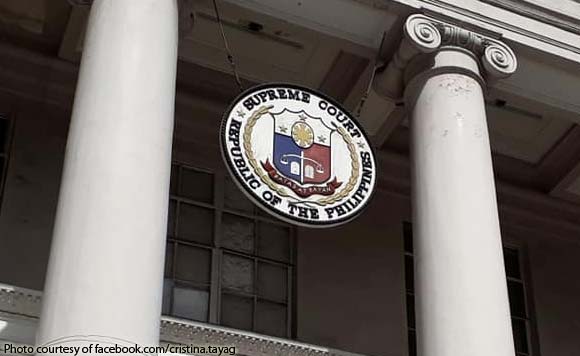 Former Ozamiz City councilor Ricardo Parojinog has asked the Supreme Court (SC) to issue in his favor a protection order against the Philippine National Police (PNP) due to possible threats against his life.

In his petition, the brother of slain Ozamiz city mayor Reynaldo Parojinog prayed that the high court issue a writ of amparo.

Ricardo explained “an imminent danger to his life whose circumstances can only be mitigated if not fully allayed by the issuance of a protection order against the respondents.”

A writ of amparo is a remedy available to any person whose right to life, liberty, and security has been violated or is threatened with violation by an unlawful act or omission of a public official or employee, or of a private individual or entity

While the SC has yet to decide to grant him the writ, Ricardo asked the high tribunal to immediately issue “ex parte a temporary protection order against the Philippine National Police and the Regional Trial Court of Ozamiz City.”

Ricardo Parojnog also asked the SC to issue a temporary restraining order to stop the Ozamiz City RTC from proceeding with the case filed against him.

He is facing charges of illegal possession of firearms, ammunition and explosives which stemmed from the police raid of his home on July 30, 2017.

That day Espinido led separate police operations against the Parojinog family which has been accused by President Rodrigo Duterte as being involved in the illegal drugs trade,

The operations resulted in the deaths of mayor Reynaldo and his wife during a firefight.