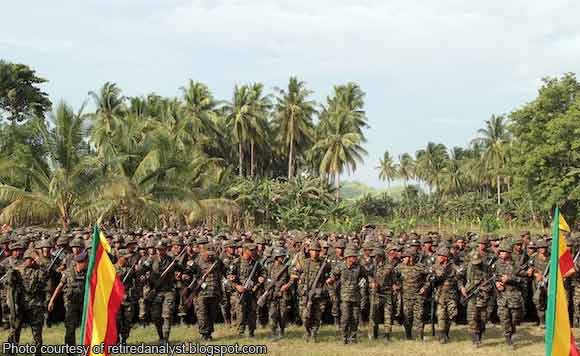 Major General Jonas Calleja, PNP Director for Plans, said his agency is in the process of drafting the memorandum circular to operationalize the said arrangement.

“We’re preparing the draft memo circular and it’s stated there that only age and height may be waived, provided the educational attainment requirement shall be applied within 15 years,” he said.

Under Republic Act 11054 or the Bangsamoro Organic Law (BOL), the age, height, and educational requirements of the ex-fighters may be waived by the National Police Commission (Napolcom).

The law also states that those who want to be part of the police force shall apply within five years from the ratification of the BOL, and that they should meet all the educational requirements within 15 years after joining the PNP.

On the appointment of the Police Regional Director for the Bangsamoro Autonomous Region in Muslim Mindanao (BARMM), Año said his office “shall be getting the recommendation of the Chief Minister, as long as these police officers are qualified,” he said.

“Rest assured that I will respect your preference, including the fire and jail directors for the BARMM,” he added.