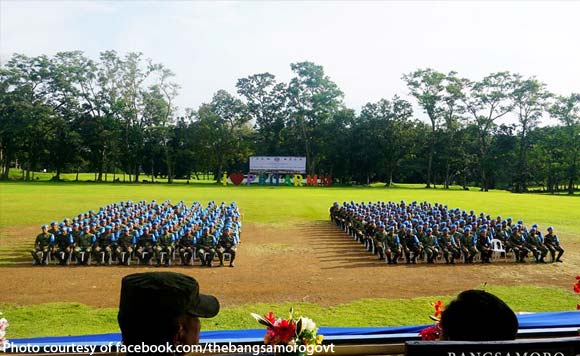 “We shall show the country the indomitable strength of a single united front and inspire communities to adopt a similar culture of trust and peace,” said Bangsamoro Chief Minister Ahod Ebrahim, who was represented by Ustadh Salim Lingasa.

He said the tying of the once opposing forces “signifies the dawn of a more progressive Bangsamoro: one that is committed to protect the people from all things harmful and detrimental.”

Among the highlights of the ceremony was the skill demonstration of selected JPST and the awarding of certificates and medals for outstanding students.

Some Bangsamoro Autonomous Region in Muslim Mindanao (BARMM) officials, representatives of the International Monitoring Team (IMT), Office of the Presidential Adviser on the Peace Process (OPPAP) and the Independent Decommissioning Body (IDB) were also present during the ceremony.