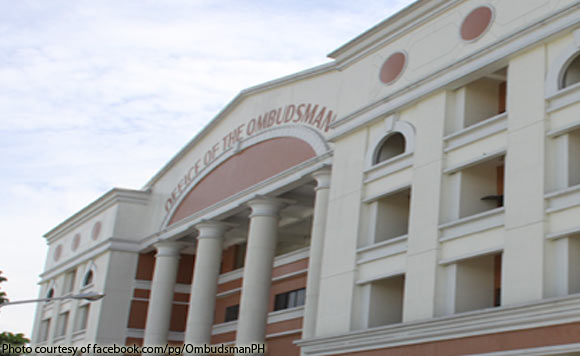 The former mayor of Hinabangan town, Samar and six other officials were ordered indicted by Ombudsman after they were found administratively and criminally liable for irregularities in multi-million peso procurement projects undertaken from 2010 until 2011.

Aside from criminal indictment, the respondents were found guilty of simple misconduct and conduct prejudicial to the best interest of the service.

As a result, the Ombudsman ordered their suspension without pay for one year. In case of separation from the service, the suspension is convertible to a fine equivalent to respondent’s salary for six months.

From January 2010 to October 2011, the municipality conducted four separate procurement projects for the purchase of medicines and medical supplies.

The total budget for the four contracts was P7,500,000. Investigation uncovered that no bidding documents were made available for posting and instead respondents merely handed out requests for price quotations to prospective suppliers.

A review of procurement activities show that the pre-bid conference and opening of bids were held on the same day in violation of the implementing rules and regulations of the Government Procurement Reform Act (Republic Act No. 9184). During project implementation, only partial delivery of medicines and medical supplies were made.

In its joint resolution, the Ombudsman stated that “these circumstances show that respondents were united under a common design when they willfully deviated from the normal procedures in the conduct of competitive public bidding.”

Ombudsman Conchita Carpio Morales noted that “respondents coldly allowed, not only once, but in four separate occasions, atypical procurement activities to consummate feigned compliance with the rules. Clearly, by their collective conduct, respondents had effectively mocked and vandalized the underlying public policies of Republic Act No. 9184.”

Ex-Valladolid mayor, 7 others charged for graft by Ombudsman