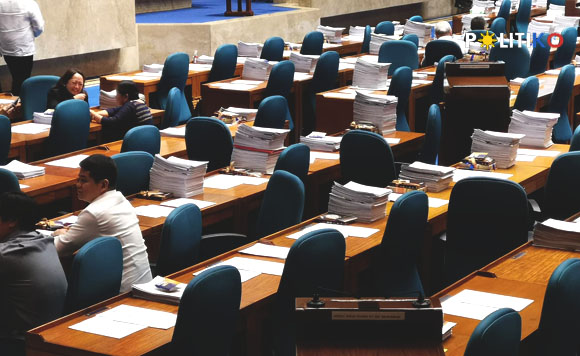 A former congressional aide has spilled the beans on how lawmaking truly works in the Philippines: Many representatives don’t read the bill at all before voting.

Crisostomo, who is now a Dinagat provincial information officer, added a hashtag to his tweet: #factsonly.

The post has been retweeted more than 17,000 times and liked by almost 60,000 users as of Friday morning.

Crisostomo made the revelation after some House members withdrew their co-authorship of the controversial Anti-Terrorism Bill, including Deputy Speakers Loren Legarda and Vilma Santos-Recto, who were initially named as co-authors in the committee report before publicly disowning it.

Their names have been stricken out of the bill, which passed third reading last Wednesday.

The House “corrected” the actual vote on Thursday night, clarifying that the vote was actually 168-36, not 173-31, implying that five who should have voted no were recorded as having voted yes instead. The 29 abstentions were unchanged.