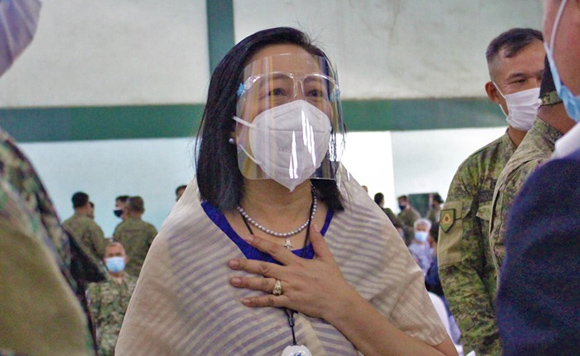 Citing a police report, the local chief executive identified the victim as Joselito F. Enviado, one of the six alleged applicants of the Tau Gamma Phi Fraternity, Trigusu Chapter.

She said the incident took place around 10 a.m. at DonŽa Martha Drive in Brgy. San Jose Gusu at the residence of a member of the fraternity.

At least nine officers and members were allegedly involved in the initiation for the six applicants.

During the initiation rites, Enviado allegedly fainted and was rushed to the Zamboanga City Medical Center. However, he was declared dead on arrival at the hospital.

Police arrested the fraternity leader. In a follow up operation, authorities also collared all those who were allegedly involved in the incident. A brown paddle, approximately 108 centimeters in length, was confiscated from the group.

Climaco directed the City Social Welfare and Development Office and other concerned local government agencies to provide the necessary assistance to the victim’s family.

Mayor Sara to Dabawenyos amid pandemic: We will not break