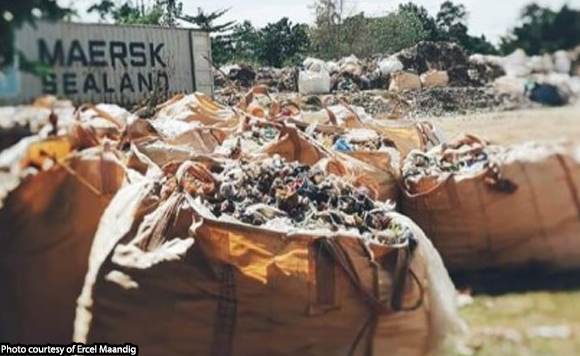 Environment watchdogs on Saturday welcomed the announcement of the Bureau of Customs (BOC) that the remaining trash from South Korean now stored in a facility in Misamis Oriental will finally be shipped back on January19 and February 9, this year.

In a joint statement, Davao City-based Interfacing Development Interventions for Sustainability (IDIS) and Quezon City-based EcoWaste Coalition lauded the decision of BOC to send back the remaining wastes to the country of origin.

The group was referring to the 5,177 metric tons of mixed garbage that were repacked and put in storage at the Phividec Industrial Authority compound in Tagoloan, Misamis Oriental.

The imported trash is the remainder of the 6,500 metric tons of plastic wastes imported by Verde Soko in 2018 to be recycled into raw materials for plastic products.

However, it was confiscated by the BOC for wrongful declaration as well as the company’s failure to secure an import permit from the Department of Environment and Natural Resources.

Quoting information from John Simon, BOC district collector for Northern Mindanao, the groups said the trash will be put in 60 container vans and will be transported by an international shipping line to Pyongtaek City, South Korea.

“The long wait will soon be over. In line with President Rodrigo Duterte’s directive banning waste imports and in cooperation with the South Korean government, we are shipping back the remaining waste to their origin on Jan. 19 and Feb. 9,” Simon said in a text message.

“The re-exportation of the misdeclared plastic wastes to where they come from should send a clear signal to all parties that our beloved country is not a global dump and that waste traffickers will be held accountable to the fullest extent of the law,” he added.

Meanwhile, Chinkie Golle, IDIS executive director, said the scheduled send-back of the imported trash is “good news for the people of Mindanao as we assert our unwillingness to be an entry point of hazardous wastes from overseas. The reshipment of the South Korean waste to its source is a historic win for our people and the environment.”

But Golle said the re-exportation “is only a partial victory as the culprits behind this toxic mess have yet to account for their misdeeds.”

The complete removal of the remaining waste, said Aileen Lucero, EcoWaste Coalition national coordinator, “will help in correcting the grave environmental injustice inflicted on Mindanaoans in particular and Filipino people in general.”

Meanwhile, the EcoWaste Coalition has urged the national government to speed up its ratification of the Basel Ban Amendment, which entered into force on December 5 last year and to adopt a full ban on foreign waste importation to protect the country from illegal waste traffic.

The Basel Ban Amendment prohibits the export of hazardous wastes for all reasons, including recycling, from rich countries belonging to the Organization of Economic Cooperation and Development (OECD), European Union (EU) and Liechtenstein to developing countries like the Philippines.

“Ratifying the Basel Ban Amendment and further prohibiting the export of all wastes to the Philippines will be our best legal protection against waste trafficking,” the EcoWaste Coalition said. (PNA)