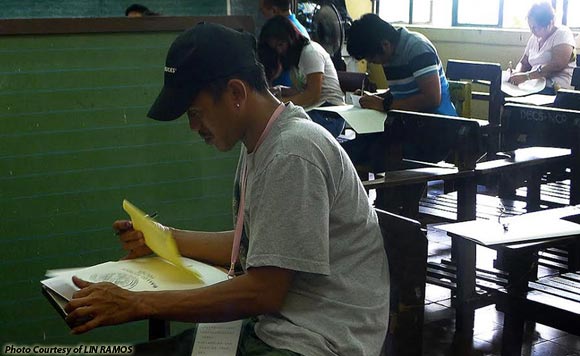 Despite the reported glitches on some election paraphernalia, Lt. General Felimon T. Santos Jr., commander of Eastmincom, said they did not affect the security, neither did it create a commotion among the election stakeholders.

“We are thankful for the cooperation of different stakeholders for adhering to the rules and regulations set forth in the conduct of the elections that we were able to sustain the peaceful environment during the duration of the elections. We also appreciate the sobriety of some of our voting public who experienced inconvenience which is normal and the decisive action and calmness of the teachers who are administering the elections,” Santos said.

“We also want to congratulate our police and military personnel for showing the highest standard of professionalism and integrity in this constitutional exercise as we have not received complaints or abuse in the performance of our duty,” he added