Eastmincom on martial law implementation: No formal complaint of abuses vs troops 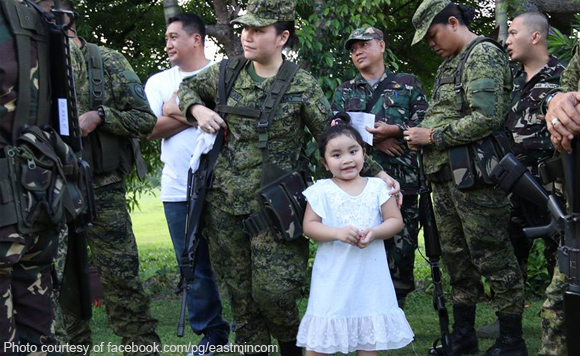 Military’s Eastern Mindanao Command (Eastmincon) said that it has been consistent to its dictum in the implementation of martial law, citing that there was no formal complaint of abuses that have been filed so far against the government troops.

While there may be allegations, particularly from the progressive groups, Eastmincom said these have not been substantiated nor proven by any means.

“We have challenged them to file cases and prove them in court,” it said.

It noted that the Commission on Human Rights (CHR) and their Regional Offices have not forwarded any complaint on abuses and violation of human rights perpetrated by both by the Philippine National Police (PNP) and the Armed Forces of the Philippines (AFP) relative to the implementation of martial law.

Eastmincom said even the Help Desk of the Ateneo Law School of Davao, a quick response mechanism which was developed to ensure that martial law will be implemented in accordance with the rule of law, has not forwarded any complaint nor called its attention for any misdemeanor or abuse in the martial law implementation.

The imposition of martial rule even helped in significantly reducing crime rate all over Mindanao as reported by the PNP, it said.

“Relatedly, the movements of terrorist groups and other threats have been limited, thereby preventing the occurrence of possible sabotage and terror attacks,” it added.

Despite the liberation of Marawi from terrorists in October last year, Duterte asked Congress to further extend martial law in Mindanao until the end of this year to totally eliminate the threat groups.

After a month in the US, Paolo Duterte flies back to PH