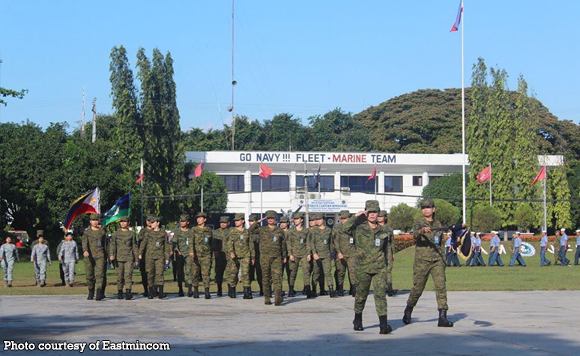 The military’s Eastern Mindanao Command (Eastmincom) has condemned the atrocities allegedly committed by the communist New People’s Army (NPA) against the Indigenous People’s (IP) communities during the past days in the wake of the coronavirus disease (COVID-19) pandemic.

The military accused the Maoist rebels of attacking Sitio Tapayanon in Brgy. Gupitan, Kapalong, Davao del Norte in the morning of Tuesday, March 24, a day after the United Nations called for global ceasefire so that all countries could focus on their battle against COVID-19.

“While every sector in the country and the whole world are battling a deadly virus and its economic and social impact, the Communist Terrorist Group is aggravating the misery of the communities by taking advantage of carrying out attacks against the vulnerable communities. This is a clear violation of the International Humanitarian Law,” said Eastmincom commander Maj. Gen. Jose C. Faustino Jr.

The government troops under 60th Infantry Battalion , who were conducting a Community Support Program in the area, engaged the group in a firefight.

Faustino reminded the troops all over Eastern Mindanao to remain vigilant despite the unilateral ceasefire declared by President Rodrigo Duterte against the Maoist rebels.

“While our troops to include our Community Support Teams deployed in the different communities have shifted focused in assisting LGUs (local government units) and health authorities in preventing the spread of COVID-19 and mitigate its impact, we should not put our guards down considering the Communist Terrorist Group’s display of treachery,” Faustino said.

“We will continue to monitor their plans, actions, and movements and will not hesitate to take the necessary military actions if they have moves that will compromise and imperil the safety of our troops doing community works, the frontliners in the fight against COVID-19 and our communities,” he added.

Paolo Duterte gets a three layered cake from Pa, Kitty