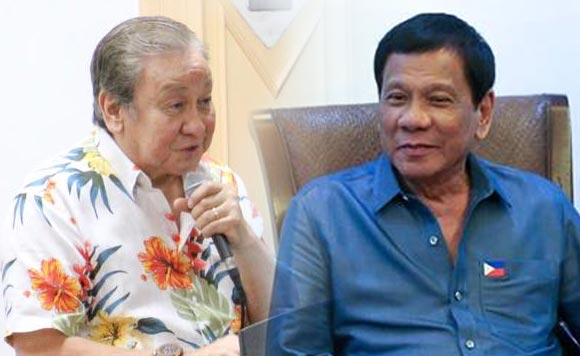 In supporting the Chief Executive stand, the politiko said marriage in the Philippines is between a man and a woman, as provided in the Civil Code.

“President Duterte is correct in saying that same-sex marriages are not for us because we are a Catholic nation, aside from the legal aspect where the Civil Code provides for marriage between a man and a woman. Marriage should be for founding a family,” the Buhay Partylist solon stressed.

“I respect the rights of two people sharing affection and material things, but to allow them to get married by law is not okay. Same-sex couples can share affection even without marriage,” he added.

Atienza said the Constitution already provides and guarantees protection for the rights of every person.

The lawmaker, however, stressed that the “sanctity of marriage” must be upheld as an institution “as it is the most basic foundation of the family”.

Atienza further said that the Philippines should stop patterning itself after the Western mindset regarding gender.

”Same sex marriage is against the Constitution, existing laws and especially the natural law. We Filipinos should not really be copying Western culture. Even if they approve of it, majority of Filipinos don’t. It’s time Western countries look at us and start copying our culture,” the politiko added.

Koko Nograles says Abaya could be charged for plunder. Here’s why