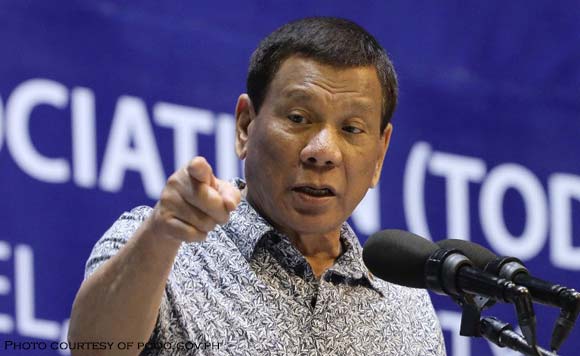 To couples who want to get married, President Rodrigo Duterte has a piece of advice for you: there is no happy ever after.

Duterte talked about his experience of having two wives, the sacrifices he has to make just for the children, and the difficulty of committing to a “stranger” in marriage.

“You know you have to come up with something of catching up with the character of a human being. It’s not that easy. Kaya ako napipilitan,” he added.

Duterte’s first wife is Elizabeth Zimmerman with whom he has three children – Davao City Mayor Sara Duterte-Carpio, ex-Vice Mayor Pulong Duterte, and vice mayoralty bet Baste Duterte. Duterte’s current partner is Honeylet Avanceña with whom he has one daughter, Kitty.

Duterte said he could have had more than two wives if not for the children.

“What is important to me are my children. They are non-negotiable. Kaya ako nasa dalawang asawa ako dahil sa mga anak ko. I mean, I can marry 10 — pardon my wives — pero sabihin mo kung walang anak, siguro isang taon wala na. But because of the children, we sacrifice. Sacrifice kaya dalawa-dalawa lang hindi isa. Double the sacrifice,” he said.