Duterte reveals ex-GF Angel Amante convinced him to run: Presidency would’ve been better with you 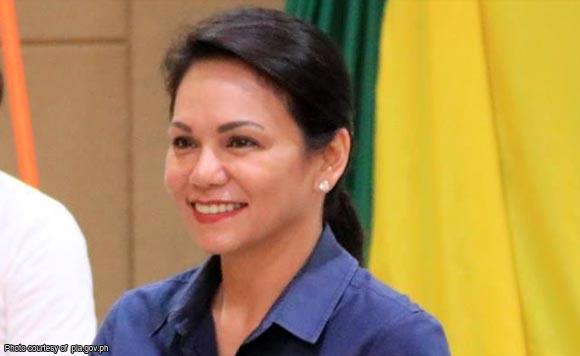 President Rodrigo Duterte revealed that his former flame, Agusan del Norte Governor Angel Amante-Matba, made the final push for him to run for president in the 2016 elections.

Duterte said that he visited Iyay, Amante-Matba’s nickname, in her home province a few months before the start of campaign when he was still gauging his odds of winning.

“When I came here and Iyay treated me. That’s what happened here. Don’t deny it, Iyay or I will embrace you here in front of many people. I came here because I have to talk to PDP (Partido Demokratikong Pilipino) and to campaign also but I was just sorting out things, getting the pulse. But I would say I was in the hustings already,” said Duterte in a speech in Agusan del Norte. Amante-Matba hosted Duterte and the senatorial candidates
of PDP-Laban.

Duterte recalled their personal talk over lunch: “She asked, ‘Are you going to run, Dong?’ ‘Iyay, we’ll see about that. But maybe not. I don’t have enough money’. Then she said, ‘Run and maybe you will win’. I said, ‘Well, just like what you said, maybe’.”

“She has a way of looking at you with her eyes like this. ‘Please run’. Then she said, trying to make me guilty, ‘You should run because I spent for your lunch here’. She looked at me. Her eyes were deep. She was almost flawless,” said Duterte.

While she helped him reach the summit, Duterte expressed regret that Amante-Matba was not there to enjoy it with him at the Palace.

“Oh life. But I won the presidency. You got away from me though. The Presidency would have been better if you were included,” said Duterte. But he was quick to point out that his feelings for Amante-Matba was all in the past as both are in a relationship.

“Tell your husband that it was all in the past. He might be jealous. We were still young back then,” he said.