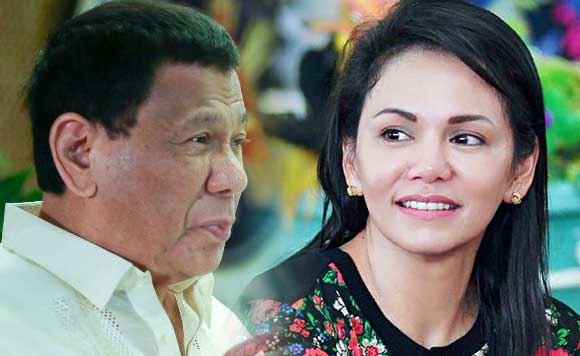 0 34,124
Share
Want more POLITIKO News? Get the latest newsfeed here. We publish dozens and dozens of politics-only news stories every hour. Click here to get to know more about your politiko - from trivial to crucial. it's our commitment to tell their stories. We follow your favorite POLITIKO like they are rockstars. If you are the politiko, always remember, your side is always our story. Read more. Find out more. Get the latest news here before it spreads on social media. Follow and bookmark this link. https://goo.gl/SvY8Kr

Where do I begin?

In a speech in Isabela, Duterte cited anew Amante-Matba as one of the few people who supported him during the 2016 presidential campaign which he won as an underdog.

“In Mindanao, I only had Zubiri, ‘yung matanda (Bukidnon Governor Jose Zubiri Jr.) pati ‘yung anak (Senator Migz Zubiri). And of course, the Davao guys. And before I forget si Angel Amante, governor ng Agusan del Norte. But ours is a different story. It’s a continuing — basta naga-continue,” said Duterte.

Duterte and Amante reportedly dated back during their prime after a meeting which he described being in love at first sight.