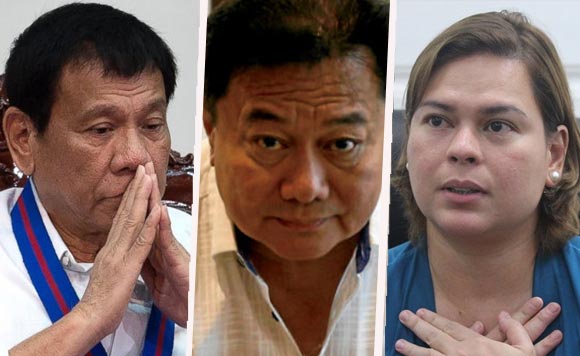 President Rodrigo Duterte said Wednesday he could not support the divorce bill of House Speaker Pantaleon Alvarez because of her daughter, Davao City Mayor Sara Duterte-Carpio.

Duterte directly made the statement to Alvarez who attended also the change of command of the Armed Forces of the Philippines (AFP) in Camp Aguinaldo, Quezon City.

“House Speaker Pantaleon Alvarez, the exponent or the proponent of the divorce law, I am sorry but I cannot follow your… My daughter is not happy with that,” he said.

He advised Alvarez to just talk to his daughter.

Duterte-Carpio had criticized Alvarez and even called for his ouster as Speaker after allegedly calling her as an opposition when she formed her own regional political party last February.

Alvarez also allegedly said that he could impeach the President.

However, the Speaker denied making those statements. #