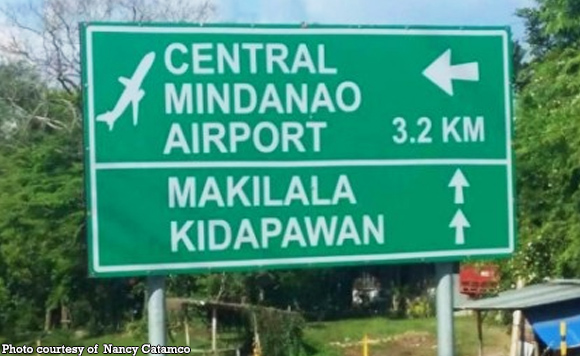 The official said that during the President’s visit in Mlang on December 30, he asked his former close aide and now Senator Christopher “Bong” Go to coordinate with the Department of Transportation (DOTr) and source funds for the airport.

“While the runway and the terminal building have been constructed, the airport has not operated because the Provincial Government of Cotabato has not turned over the 62-hectare property where it was built to the Department of Transportation,” he said.

According to Piñol, the previous leadership of the province cited missing documents as the reason behind their failure to turn over the project to the DOTr for final completion and commissioning.

Quoting Cotabato Governor Nancy Catamco, who is serving her first term and was present when the President was briefed on the actual status of the airport, he said the governor assured Duterte that the provincial government will complete all the needed documents for the official turnover of the property to the DOTr.

Piñol said Go promised to open and make the Mlang Airport operational before 2022.

He said the airport operation could boost the economic growth of Region XII or Central Mindanao where many agricultural products, including highly perishable fruits, come from.

Omar Duterte’s son Arturo is the cutest kid in town