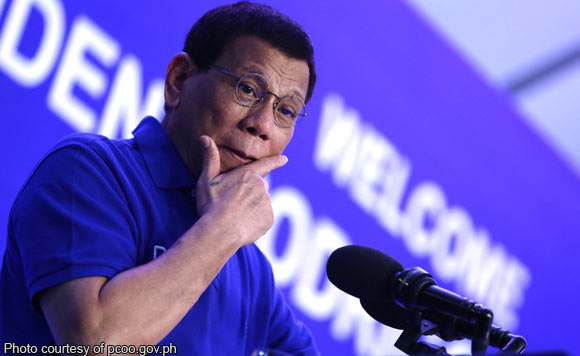 President Rodrigo Duterte said Friday he was keeping his fingers crossed that the Bangsamoro Organic Law (BOL) will be implemented.

Duterte indicated that while there is already a law, it was not yet sure if it would be carried out.

“Tatapos ko ‘yang BBL (Bangsamoro Basic Law) whether it will be implemented right or not,that’s a story which I have to…it’s still unfolding,” he said in a speech in Malaybalay, Bukidnon.

“So we’ll just have to keep our fingers crossed,” Duterte said, adding the need to pray to Allah.

Duterte signed the Organic Law for Bangsamoro Autonomous Region in Muslim Mindanao, previously known as the BBL, on July 26.

The government is eyeing the holding of a plebiscite later this year in the Autonomous Region in Muslim Mindanao (ARMM) and in other towns and villages in Mindanao, which are highly Muslim populated, to determine if they favor the new law.

In order for the BOL to be fully implemented, it needs the approval of the majority of the voting population in those areas.