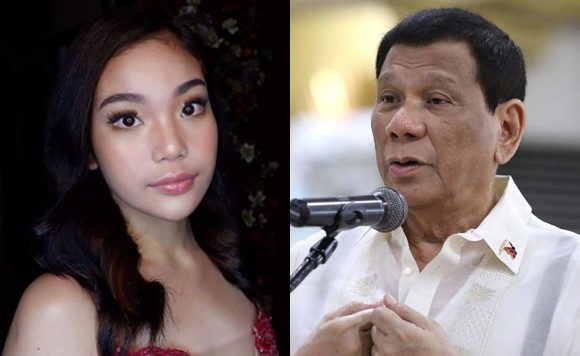 0 191
Share
Want more POLITIKO News? Get the latest newsfeed here. We publish dozens and dozens of politics-only news stories every hour. Click here to get to know more about your politiko - from trivial to crucial. it's our commitment to tell their stories. We follow your favorite POLITIKO like they are rockstars. If you are the politiko, always remember, your side is always our story. Read more. Find out more. Get the latest news here before it spreads on social media. Follow and bookmark this link. https://goo.gl/SvY8Kr

President Rodrigo Duterte and his family are “unhurt” after a 6.9 magnitude earthquake hit Davao del Sur on Sunday afternoon, almost two months after a series of quakes shook parts of Mindanao, Malacañang said on Sunday.

“The President was in his house in Davao City with his daughter Kitty when the earthquake struck. The First Lady Honeylet Avanceña was on her way home when the ground rumbled and moved. She said the car she was riding was swaying. They are unhurt,” Presidential Spokesperson Salvador Panelo said in a statement.

He also appealed to the public to refrain from spreading disinformation that may cause undue alarm and panic among affected communities.

The President’s house sustained several cracks in the walls and ceilings from one of the three earthquakes several weeks ago.

Meanwhile, he assured that the National Disaster Risk Reduction and Management Council (NDRRMC), the Office of Civil Defense, and the Philippine Institute of Volcanology and Seismology are closely monitoring the situation in Davao del Sur.

All concerned agencies of the government have been mobilized to respond to the present conditions and provide immediate assistance to those in need, he added.

It said the quake was tectonic in origin, which means the tremor was caused by the movement of an active fault in the area.

Likewise, the tremor was shallow at a depth of 3 kilometers.

Defense officials recommended the conduct of more safety drills to raise awareness and prepare the public for future disasters.

This was among the recommendations made by Defense Secretary Delfin Lorenzana and NDRRMC chairperson Undersecretary Ricardo Jalad during the Nov. 6 Cabinet meeting in Malacañang. (PNA)