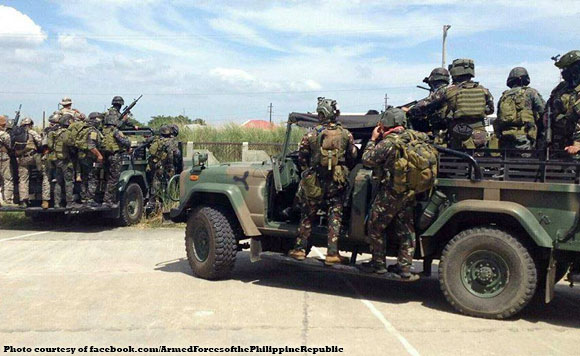 President Rodrigo Duterte has expressed hope that the deployment of additional soldiers in Sulu would weaken the lawless and terrorist groups in the area.

Duterte, in a speech in Tagaytay City Thursday, January 3, cited the “ruthlessness” of ISIS, the new enemy of humanity.

Some terrorist groups, including the Sulu-based Abu Sayyaf Group, have pledged allegiance to ISIS.

“You know, I ordered the deployment of one division there. I hope it would temper their cruelty and ruthlessness kasi mukhang ayaw ko rin na ganunin mo lang rin ako. I mean you should not,” Duterte said.

The government has been asking the Abu Sayyaf members to return to the fold of law.