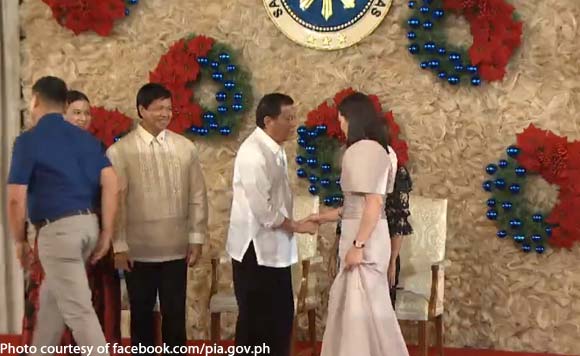 “Siguro may iba ka na. Good luck na lang sa ‘yo girl!” This was the message of President Rodrigo Duterte to former flame, former ABS-CBN Davao reporter Girlie Balaba, when they met in Malacanang during an awarding ceremony.

Balaba, a councilor, was part of the contingent of Cagayan de Oro City Mayor Oscar Moreno when he received the most-child friendly city award in Malacanang.

According to Mindanews, Balaba and Duterte were in a relationship when he was mayor of Davao City. She was part of his entourage during the “listening tours” he conducted in 2015 in the run up to his presidential bid.

Balaba ran successfully for councilor in the second district of CDO in the 2019 polls. She ran Partido Demokratiko Pilipino–Lakas ng Bayan (PDP-Laban) and was endorsed by Duterte’s daughter, Davao City Mayor Sara Duterte-Carpio, who considered her a family friend.