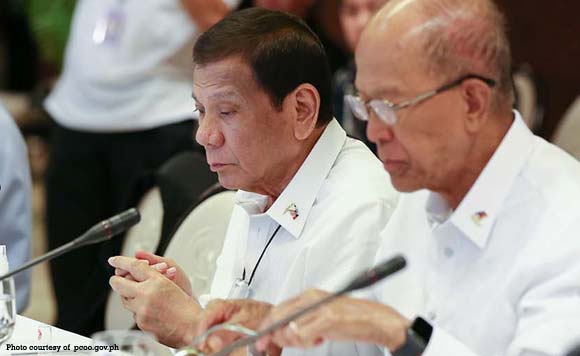 President Rodrigo Duterte said that Muslim soldiers will be deployed to Marawi City to assuage concern of the residents on the establishment of a military installation in the area.

Duterte made the statement during his meeting with the legislators, heads of national government agencies involved in the Marawi rehabilitation, local government officials, and leaders of internally displaced persons (IDPs) in Marawi City Wednesday, March 4, in Malacañang.

“To allay public fears, President Duterte said he would favor Muslim members of the armed forces to be deployed in Marawi City,” a Palace statement said Thursday, March 5.

The local government of Marawi and Lanao del Sur earlier raised concern over the government’s plan to establish another military camp in Marawi after the 2017 siege in the city.

“It’s the age of terrorism so we will just have to do something about it. Come up with something that can mitigate. Anyway, pagka-peaceful na, then it’s about time na the military will go out. My decision to build a military camp there will remain,” Duterte said.