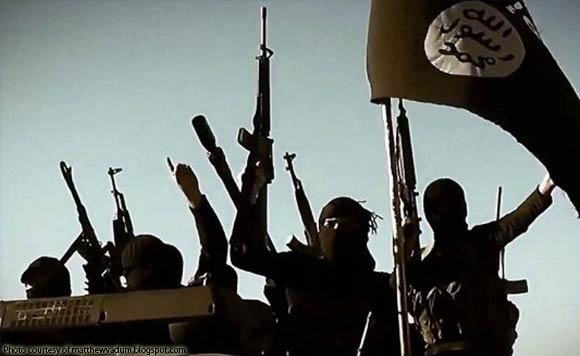 President Duterte bared a new security threat in at least three areas in Mindanao coming from the ISIS group as he moved to seek their cooperation in ending the Marawi crisis.

“In the President’s briefing (on the security situation in Mindanao), it appears to be serious. That’s what he said,” Senate Minority Leader Franklin Drilon told reporters in an interview.

“And he is looking for a closer regional cooperation in the neighboring countries, particularly Indonesia. He informed us of that renewed threat because the secretary of National Defense has requested for additional manpower and therefore that would require budgetary allocation,” Drilon further said.

The President has requested Congress leaders to appropriate funds for the recruitment of additional 20,000 soldiers and additional 10,000 new members of the Philippine National Police (PNP).

Majority Leader Vicente Sotto III and Senators Panfilo Lacson and Sonny Angara were also present in the meeting but were cautious in giving details of the meeting.

“He mentioned that there could be other planned attacks in Mindanao in other cities, he said. We’d rather not be alarmist so it’s better not to (mention the areas),” Angara said.

They were told that some known local terrorist groups are planning to merge forces to sow a new round of chaos in Mindanao, he said.

Sotto said Duterte relayed to them some intelligence reports on the said threat or potential problem in Mindanao that might not be confined in Marawi alone.

“Based on the intel (intelligence information), may mga planong ganun sila (ISIS), na mag expand sa Mindanao. Baka maging mas malaking problema ito pag hindi natin na contain at hindi natin na address agad. That’s why I said i think the message of the President is he wants to nip it in the bud,” said Sotto.

“We were all intently listening. (Seated) on my right was Sen. Drilon on my left was Cong. (Rodolfo) Farinas and Sen. Lacson and others. We were listening intently,” he said.

Sotto said they were receptive to the request for cooperation of the President especially on the matter of augmenting the needs of the AFP and PNP in terms of additional personnel.

“He told us because we’re also elected leaders and we should be concerned about the safety of the nation and so that we can take appropriate measures,” Angara added.

Representing the lower house were Farinas and Speaker Pantaleon Alvarez.