Duterte blasts CHR for failure to condemn abuses by criminals, Reds: My God what kind of gov’t agency are you? 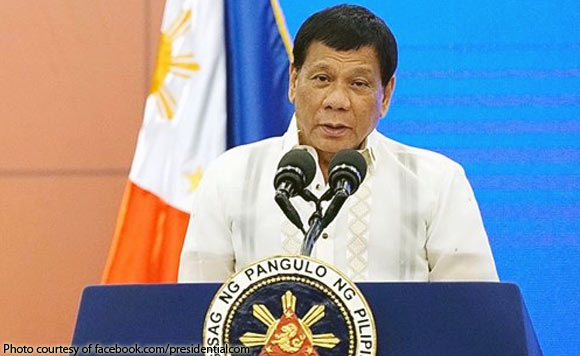 President Rodrigo Duterte has taken the Commission on Human Rights (CHR) to task over its supposed failure to condemn human rights abuses by criminals and communists.

In an interview aired over PTV-4 Tuesday (September 19), Duterte said he has not heard CHR condemn the killings of children and cops by drug suspects.

He said the communist National Democratic Front also commits its own share of human rights violations but the CHR has not called its attention.

“Itong mga ‘to, they were going to the office, hindi naman ito naka-combat mode at pinapatay rin. Bakit — itong mga ‘to, bakit hindi niyo i — nirereklamo ‘yan? You have the NDF, it’s existing. You can always also protest, call their attention, but you never did,” Duterte said.

“‘Yung mga sundalo ko na namatay at ang wounded ko was — you never tried to condemn terrorism. My God. What kind of a government agency are you?” he asked.

Duterte slammed the CHR for sticking to one to three issues then making turning them into “a melodramatic affair.”

Davao police say no to transfer to Caloocan City, EJK capital of Philipines