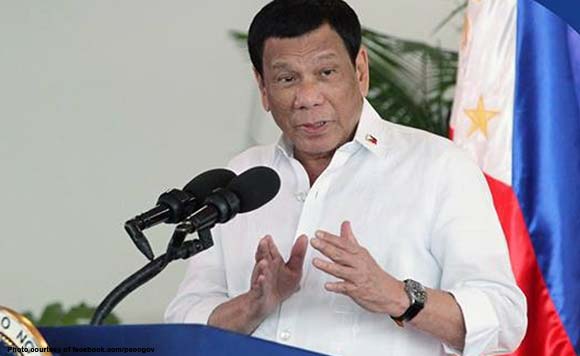 President Rodrigo Duterte might be the epitome of macho but even he admits that in his household his eldest daughter, Davao City Mayor Sara Duterte, is the boss. “She’s really…when I separated from my first wife, she was the alpha,” said Duterte who was married to his first wife, Elizabeth Zimmerman, for 27 years. When the couple separated in 1998, Duterte recalled how Sara would go to him and collect on his regular compensation to her and her two other siblings – Paolo and Baste.

“‘Pa, ‘yung pera namin, ‘yung tuition namin, baon namin, lahat. Balikan ko ngayon hapon. ‘Pag wala ka, huwag ka magpakita sa akin’. Ganun magsalita ang anak (ko),” said Duterte. “Maski sa akin, sumasagot ‘yan. Ayaw ko na lang makipag…” he added. Duterte said Sara would advise him to find way, like borrow money, if he has not collected his salary. Duterte said he had no choice but to make sure he has the cash before Sara came back to get it.
He said this was the reason why he did not think twice about making Sara his successor in Davao city hall.