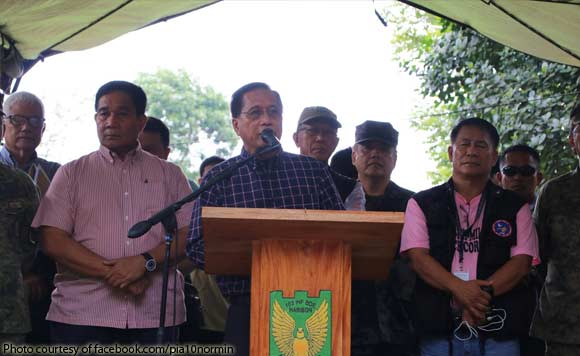 Presidential Adviser on the Peace Process Secretary Jesus Dureza will be the guest of honor at the 119th Independence Day celebration on Monday in this city.

The city government will spearhead activities, which will kick off 7:00 a.m. at the Plaza Rizal, fronting City Hall, with the flag raising ceremony.

The flag raising ceremony will be simultaneously done in all cities and provinces with Zamboanga City as one of the key cities to be featured during the nationwide coverage of the event.

Mayor Maria Isabelle Climaco-Salazar said it will be followed by the wreath laying rites and a a short program.

Historical records show that Philippine independence was formally proclaimed on June 12, 1898 with the reading of the Proclamation of Independence in Kawit, Cavite.

The Proclamation was prepared and read by Ambrosio Rianzares Bautista and was signed by 98 delegates, including General Emilio Aguinaldo.