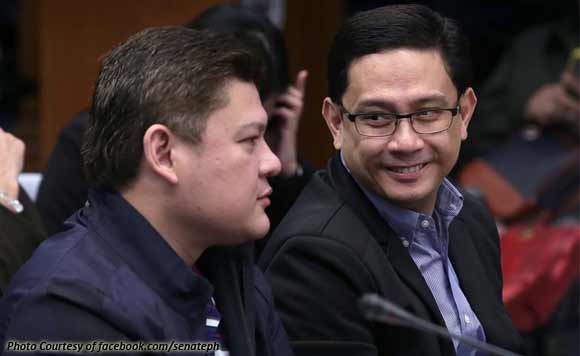 “Except for the unanswered questions on the tattoo, kulang pa,” Drilon said in an interview after the Senate blue ribbon committee hearing.

Trillanes managed to make Duterte confirm he had a tattoo on his back which Trillanes claimed was damning proof of the presidential son’s membership in the triad. The information was handed down to him by a foreign government, allegedly now keeping watch of Duterte’s activities for quite some time now. But Duterte refused to bite on Trillanes dare and refused to show his back tattoo.

Drilon did not say whether the matter is worth pursuing.

Duterte and Carpio, his brother-in-law, had already been “dismissed” by blue ribbon and would no longer be called upon by the committee.

What had been made clear in the hearing, Drilon said, was the drug war was ineffective because of the corruption in the Bureau of Customs (BOC) and inability to enforce the laws.

“Lives are being lost because of this corruption in the customs and the inefficiency of our law enforcement,” he said.