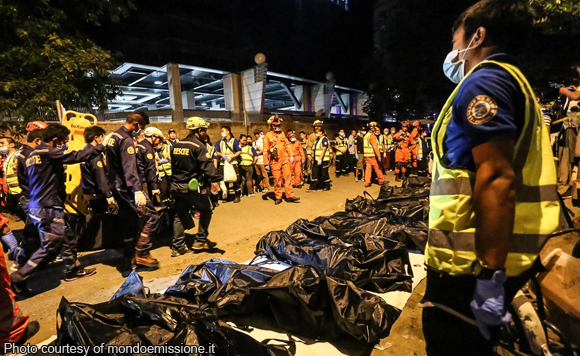 To honor the memory of the 15 victims killed in the September 2 bombing attack in Davao City, Department of Tourism (DOT) Secretary Wanda Teo and other officials visited the Memorial Monument at the Roxas Night Market to pay their respects to the fatalities night time November 19.

The DOT chief and other tourism officials each offered a rose in the memorial monument mounted in the market for the 15 persons who were killed.

“I felt sad that this happened but now it has improved, everything is back to normal and we invite everyone to come here to see that Davao is still safe,” Teo added.

Since the blast, law enforcements authorities have bolstered security efforts especially in urban centers for possible other terroristic act attempts.

Military, police and volunteers are now stationed in the market’s entrance and exits to inspect bags.