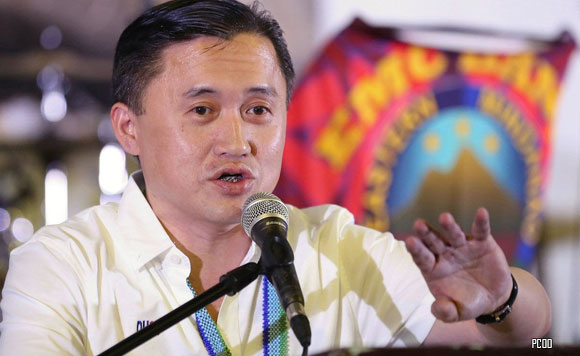 MANILA — Special Assistant to the President Christopher Lawrence “Bong” Go said Wednesday there was no need to celebrate the first year of the Marawi siege.

“(We should reflect) to prevent a similar incident from happening again in any part of our country and to sustain our efforts to rebuild and rehabilitate the city,” he said in a statement.

Go said President Rodrigo Duterte did not visit Marawi City for the commemoration of the first year of the bloody siege.

He said the President would instead attend the commemorative rites on the liberation of the war-torn city.

“The start of the Marawi siege is something that is not worth celebrating. And for being such, the President is not keen on visiting Marawi a year after it was desecrated by members of the ISIS-Maute group,” Go said.

“In his next visit, the President wants to see Marawi rising again and Maranaos going back to their normal lives. Presently, the rehabilitation efforts in Marawi are going well and 70 percent of residents already went back to their homes,” he said in Filipino.

On May 23 last year, a group of Maute terrorists entered the bustling city of the south carrying black flags with ISIS logo and started their assault by taking priest Fr. Chito Soganub and other civilians as hostage.

The conflict ended five months later after Maute’s top leaders, Isnilon Hapilon and Omar Maute, were killed by the military.

During the five-month siege, the Commander-in-Chief visited Marawi City seven times including on Oct. 17, 2017 to declare the liberation of the war-torn city.

Roque tells critics 2 blacklisted Chinese firms have paid for their sins: But we’ll keep a close eye on them