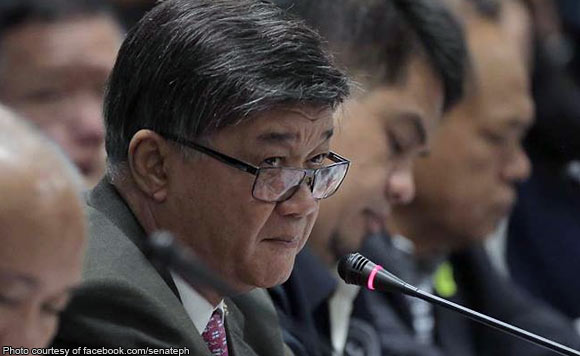 Justice Secretary Vitaliano Aguirre II bared that nine congressmen from Region 12 or Soccsksargen region have expressed alarm over the controversial road right-of-way claims not only in General Santos City but in their areas as well.

Aguirre disclosed that House Deputy Speaker Ferdinand Hernandez and eight other lawmakers sought action in a letter proposing an investigation into the disclosure of witness Roberto Catapang Jr.

Aguirre said that the information was relayed to him by Hernandez last Nov. 28 when he went to the House of Representatives and gave his testimony to the Committee on Justice hearing on the impeachment case against Supreme Court (SC) Chief Justice Ma. Lourdes Sereno.

“The contents of the letter support the allegations of our whistle blower, Roberto S. Catapang that numerous transactions involving billions of pesos concerning right of way claims before the DPWH are possibly tainted with irregularities,” Aguirre said.

“Resultantly, it becomes more imperative that we get to the bottom of this issue since a large sum of money from the coffers of our government are involved,” he stressed.

CDO university prof Ricardo gunned down in front of his home