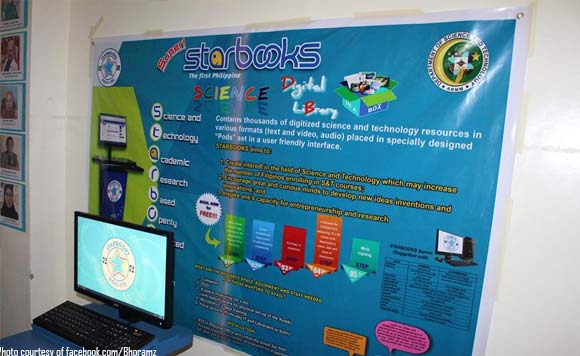 Some 15 digital science and technology (S&T) library kiosks were distributed in different public schools and local government units in Maguindanao, the Department of Science and Technology (DOST) said.

Dubbed as the Science & Technology Academic and Research-Based Openly Operated Kiosks or STARBOOKs, they are developed by DOST-Science and Technology Information Institute (STII) to equip different public schools with valuable learning resources on S&T.

The DOST said the digital library units were turned over after the signing of Memorandum of Agreement (MOA) between DOST-Autonomous Region in Muslim Mindanao (ARMM) and the 15 recipients recently at Cotabato Government Center in Cotobato City.

“A digital learning resource material such as STARBOOKS could improve the way our public schools nurture our students in Maguindanao,” ARMM Governor Mujiv Hataman said.