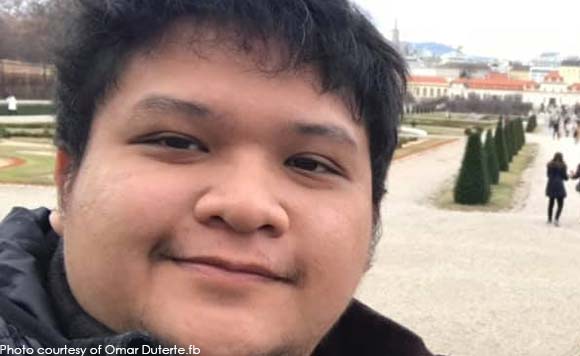 The eldest Presidential apo issued a public apology and explained his side on the alleged breach of protocol at SNR Davao.

Paolo Duterte’s son, Omar Vincent, was recently placed on hot waters after some netizens shared how he allegedly did not follow the cashier line queue at SNR Davao City. On his Facebook, the Davao-based 26-year-old apologized and explained his side of the story.

“Okay. I don’t usually make a big deal out of things. Those who know me know that I keep things on the down low and I never even make myself known in the room. Not only for safety reasons, but because I’m the type of guy who never wants to be the center of attention. I find solace in the people who know me and I’m not talking just about my family, I’m talking about the people who have met me and know who I really am. BUT this issue has blown up so much that it has caught the attention to the people of my life most of whom already informed me of what happened”, he wrote.

He apologized on how he did not follow the sanitation protocol. He also explained that he bought packs of beer and other expensive items, in celebration of their 1st year wedding anniversary.

“Trust me in saying that if I had known before, that cooking your dinner at home with your family and staying at home to celebrate your anniversary with your family was seen as a luxury, I would have chosen to sleep instead”, he wrote.

Meanwhile, the Presidential son did not address directly the issue of not falling in line properly. Furthermore, his dad, Pulong also apologized on the issue. He said that the security group in charge of watching over his son will undergo investigation.