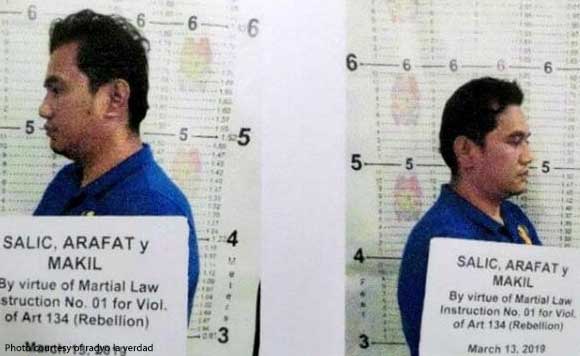 The camp of Marawi City Vice Mayor Salic has denied his involvement in the illegal drugs trade even after being named in the narco-list of President Rodrigo Duterte.

Salic and Mutia were at the Department of Justice (DOJ) on Friday (March 15) over the rebellion case against the vice mayor.

On the other hand, the lawyer admitted it is difficult to refute the drug allegations without knowing the basis.

Despite the drug allegations, the lawyer expressed confidence that Salic will eventually be exonerated.