Di ko gusto ‘to! Zarate backs out as author of tax reform bill 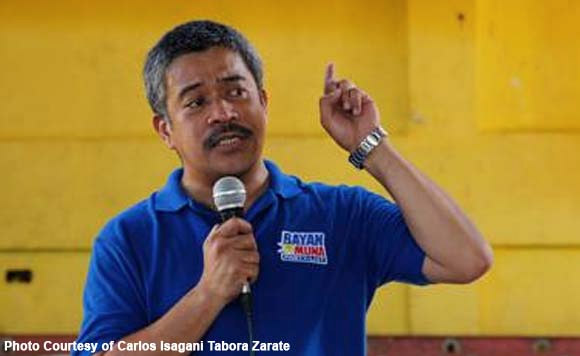 Bayan Muna party-list Rep. Carlos Isagani Zarate has withdrawn as a co-author of the Comprehensive Tax Reform Package (CTRP) measure or House Bill 5636, saying its provisions will only cause additional burden for the poor.

In a letter dated May 22 and addressed to House ways and means committee chairman Rep. Dakila Carlo Cua, Zarate said HB 5636 was “not in consonance with the intentions” he had when he filed House Bill 333, which sought to institute a progressive taxation system.

Zarate, who hails from Mindanao, said he had wanted to ease the burden of “overtaxed” Filipinos who have been underpaid.

“Yet with the consolidated HB 5636, our underpaid yet already overtaxed majority would even be burdened by higher prices of basic goods and services,” he said.

The lawmaker noted that it was ironic that the restructuring of income tax brackes– which would lead to a bigger take home pay for workers– will only make the poor pay more as the bill also proposes an increase in excise taxes and expansion of goods covered by the value added tax.

Under House Bill 5636, personal income tax rates will be lowered but new taxes will be imposed on petroleum products and automobiles. Estate and donor taxes will also be at a flat rate of six percent.

The bill, which passed the House Ways and Means committee recently, also proposes the removal of several exemptions to paying taxes, such as those given for housing and cooperatives.