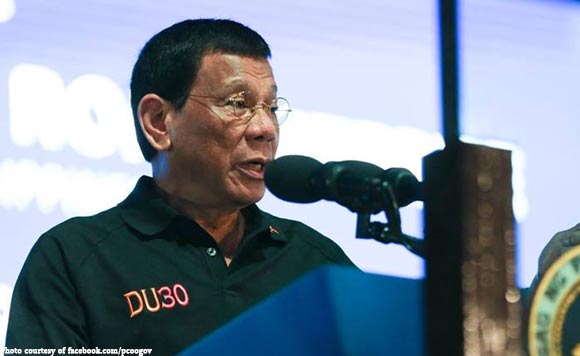 President Rodrigo Duterte declared that he was never a communist despite being a student of Communist Party of the Philippines founder Joma Sison and being close to New People’s Army leaders.

“Do not believe that I’m a communist. Ako politiko,” said Duterte in a speech during the anniversary of the Philippine Security Group.

Duterte explained that he has to be chummy with all sectors, including communist rebels, to maintain his popularity and ensure peace in Davao City.

Duterte is frustrated that Sison and the CPP-NPA have not reciprocated his offers for a peace pact. He was forced to scuttle the peace talks in 2017 because CPP-NPA forces continued to attack military forces and extort from businesses and ordinary Filipinos.