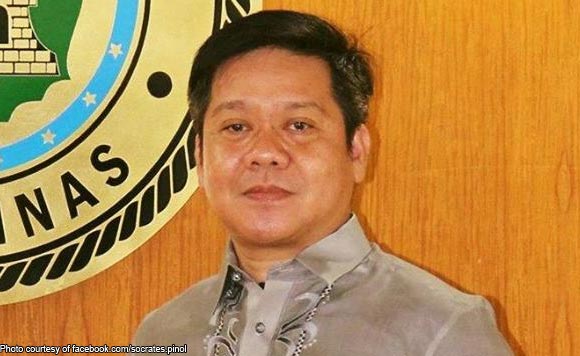 Defeated North Cotabato vice gubernatorial hopeful and current provincial Board Member Socrates Piñol on Tuesday made good on his promise to personally help clear the province of his campaign posters after the election.

When partial, unofficial results came out a day after Monday’s midterm polls, Piñol conceded defeat to incumbent Governor Emmylou Mendoza, who ran for vice governor, and personally thanked the more than 200,000 supporters who voted for him.

Piñol, who failed in his first try for the second highest provincial post, said he will continue to serve the people in whatever capacity as a civilian after his term as provincial board member ends this June 30.

“This is in response to calls by the Department of Environment and Natural Resources (DENR) for politicians to remove campaign materials that litter around,” said Socrates, younger brother of Department of Agriculture Secretary Emmanuel Piñol. Earlier, the DENR Region 12 appealed to candidates to help remove campaign posters after elections.

“We could already anticipate the volume of wastes generated from the campaign materials considering the number of political candidates and parties that we have,” said Tamoria before Monday’s elections.

“Candidates should be responsible for their respective posters, flyers, banners, and other elections paraphernalia,” he added.

Tamoria also called on the public to do their share in making post-election garbage-free by reporting cases of election-related littering to authorities.

Republic Act No. 9003 or the Ecological Solid Waste Management Act of 2000 prohibits “littering, throwing, dumping of waste matters in public places, such as roads, sidewalks, and establishment, or causing or permitting the same”. Penalties range from fines of PHP300 to PHP500 or community service for 1-15 days. (PNA)