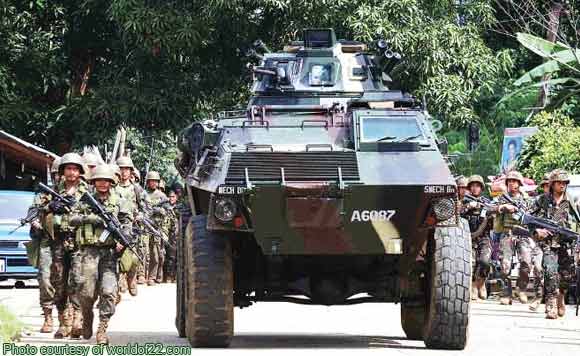 Sen. Leila de Lima on Sunday (June 18) called on the government to step up efforts in rescuing the displaced residents.

De Lima said she has received reports that some civilians, between 300 and 1,700, still trapped in Marawi City were going hungry with some forced to eat cardboard boxes in order to survive.

There were also reports that the Maute fighters have been using some civilians to either cook or carry ammunitions for them and had also allegedly recruited children, those already orphans of Muslim rebels, to fight along with them.

“This is now a humanitarian issue because a substantial number of innocent civilians are still trapped in the conflict areas. Some of them lack food to eat and clean water to drink, if they are lucky enough to survive the heavy exchanges of fire,” she said.

De Lima said the trapped civilians were on top of the hundreds of thousands of residents who have lost their family, properties and livelihood and forced to live in evacuation centers.

“Such are the horrors of war that have become so costly for all of us,” she said.