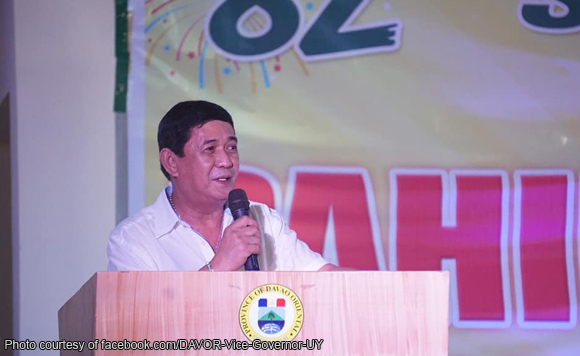 Davao Oriental Governor Nelson Dayanghirang was ordered by the Commission on Audit (COA) to strictly enforce the rules and regulations guarding cash advances after it was found that the provincial government had an outstanding unliquidated balance of P35.88 million in its books.

State auditors found that government cash advances were not properly protected “due to the leniency of the Province to adhere with the guidelines in the grant and liquidation of cash advances.”

This act, as explained in the 2018 annual audit report, exposes provincial funds to risk of loss and misuse.

Source: 2018 Annual Audit Report on the Province of Davao Oriental

In their investigation, state auditors found the following deficiencies:

“Such prevailing conditions manifest breakdown in the enforcement of control procedures in safeguarding government funds that consequently exposed to risks of loss and misuse,” the report read.

In the report, the Provincial Treasurer explained that there were occasions favorable to cash transactions, instead of the regular procurement process.

However, COA recommended that the provincial government continue coordinating with the local Bids and Awards Committee to establish a more satisfactory procurement system.

In addition, state auditors stressed the compliance to Republic Act No. 9184 or the Government Procurement Reform Act on all grants, utilization and liquidation of cash advances.

73 GCTA recipients yet to surrender in Davao Region