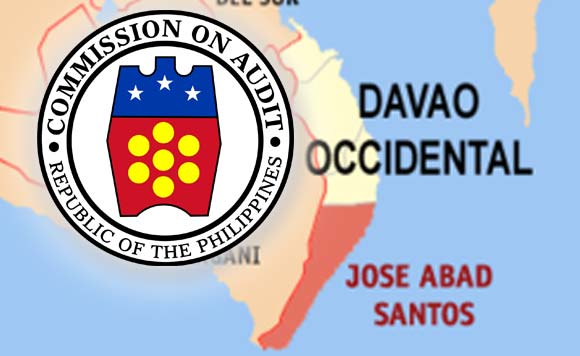 The Commission on Audit (COA) heaped praises on the provincial government of Davao Occidental for several accomplishments, particularly its substantial compliance with audit rules and regulations.

State auditors noted that the provincial government was able to submit financial reports and accounts within legal deadlines, at the same time keeping its treasury and bank accounts in order.

With regards to payroll and advances to officers, employees, disbursing officers and special disbursing officers, COA found that Davao Occidental had no unliquidated balances by the end of 2018. The same was said regarding the province’s physical inventories through the efforts of the local general services office.

“The Report on Physical Count of Inventories (RPCI) and the balances per books are in agreement as of December 31, 2018 due to the reconciliation done by (the provincial government),” the report read.

“Nineteen (19) GAD Programs were identified, specifically, in the Budget, an indication of Management’s sincere efforts at mainstreaming gender in the LGU’s plan.”

Lastly, state auditors noted the province’s total suspensions, disallowances and charges, with no pending balance as of February 15, 2019.