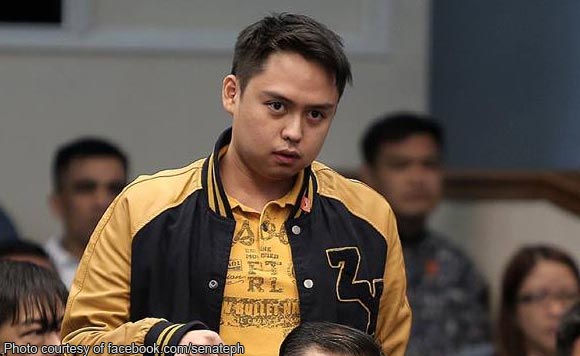 Councilor Nilo “Small” Abellera is planning to file charges against Customs broker Mark Taguba for implicating him in the alleged “Davao Group” tagged in smuggling activities in the city.

But Abellera said his legal team’s priority was to clear his name in tthe ongoing hearing of the Senate Blue Ribbon Committee on alleged drug smuggling and bribery at the Bureau of Customs (BoC).

“We are now thinking about the possibility of filing charges, but for now there is no finality yet because we are still focusing on the Senate hearing since I need to clear my name first,” he said.

Abellera, who is in his last term as a city councilor, admitted he was offended by Taguba’s allegation, especially that he has no knowledge about the issue. He said the controversy has also affected his family.

Abellera earlier admitted to have met Taguba through a certain “Jack” but denied receiving P5 million bribe money from him.

“Maybe he (Taguba) doesn’t have any evidence against me that is why we are just relying on his mere statement. If he has evidences against me, that I received money from him, then he should have presented it in the senate hearing,” Abellera said.

Abellera also questioned the inconsistencies in Taguba’s statement, saying, “I don’t know what he can get if he changes his statement every now and then.”

Abellera said he would not hesitate to attend another hearing if the Senate invited him. (PNA)