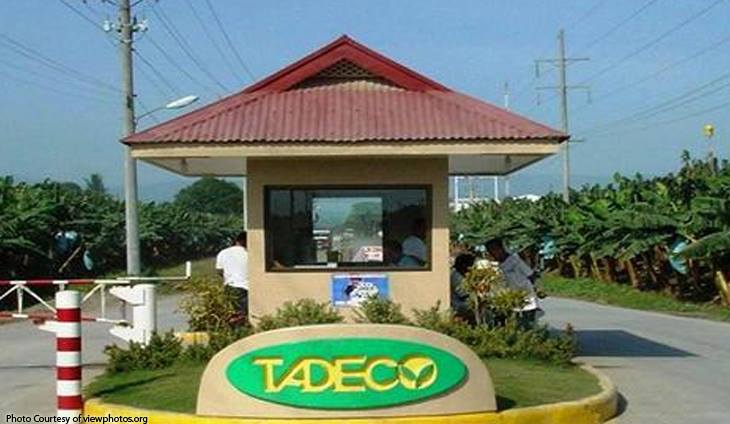 The Davao del Norte provincial council has expressed support for the continued joint venture agreement (JVA) which allowed the Tagum Agricultural Development Co. Inc. (TADECO) to lease around 5,000 hectares of land from the Bureau of Corrections (BuCor) in the province as banana plantation.

The provincial council even issued a resolution approved by Davao del Norte Gov. Antonio del Rosario which underscored the value of TADECO’s role in rehabilitating inmates of BuCor’s Davao Prison and Penal Farm (DAPECOL) where the banana plantation is located. Tadeco is controlled by the family of Bilyonaryo Tonyboy Floirendo.

“Tadeco has provided them with the skills that will enable them to eventually re-integrate into society as productive and responsible citizens, “ read the resolution which was provided to the BuCor and Department of Justice (DOJ).

Under the JVA, the provincial board cited “the inmates are able to earn money for their personal expenses and for their families.”

“The JVA rehabilitation program has brought pride to the province of Davao del Norte because its success is well known in the entire Philippine penal system,” it said.

“As a matter of fact, BuCor wanted it replicated in its Iwahig Prison and Penal Farm in Palawan,” it added.

House Speaker Pantaleon Alvarez has sought a legislative probe into the JVA which he alleged is grossly disadvantageous to the government.

Alvarez said the firm’s annual payments for both lease and profit sharing were only a fraction of the prevailing market rate.

Under the JVA which still has more 12 years remaining, the government should receive a guaranteed payment of P26.542 million per year for the lease of the land or P5,000 per hectare.