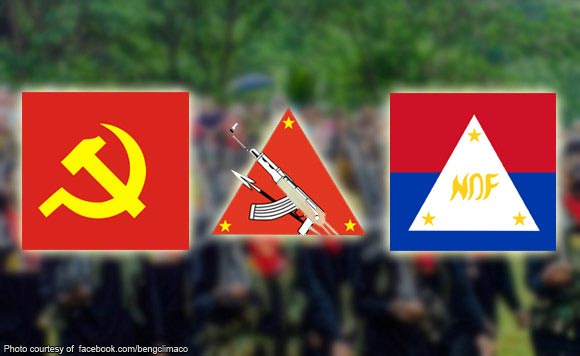 0 432
Share
Want more POLITIKO News? Get the latest newsfeed here. We publish dozens and dozens of politics-only news stories every hour. Click here to get to know more about your politiko - from trivial to crucial. it's our commitment to tell their stories. We follow your favorite POLITIKO like they are rockstars. If you are the politiko, always remember, your side is always our story. Read more. Find out more. Get the latest news here before it spreads on social media. Follow and bookmark this link. https://goo.gl/SvY8Kr

Through Barangay Council Resolution No. 10, series of 2019, the residents of Barangay Manipongol have expressed their desire to ban the communist group in the area.

This was first in Davao de Oro, according to the Public Information Office (PIO) of Army’s 10 Infantry Division.

Manipongol, located around 15 kilometers from the Poblacion, was a known stronghold of various armed groups since 1970s.

Quoting Barangay Captain Vicente Ibasitas, the PIO said to sustain peace and order in the village, the more than 270 households or around 2,000 residents would help each other to chide off lawless elements disturbing the area, especially the CPP-NPA-NDF.