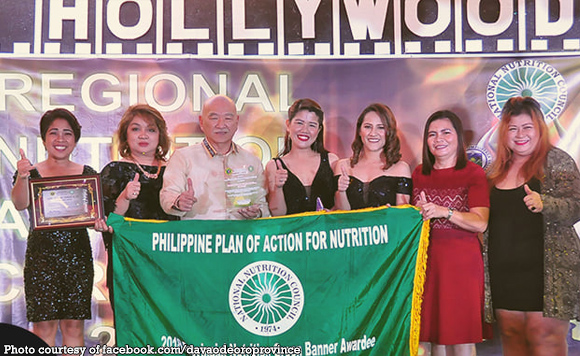 The Department of Health (DOH) has given awards to Davao de Oro for its “excellent” healthcare practices.

The province was merited with Green Banner Award and the Sandugo Awards, the local government said.

For 2019, it said the province recorded a staggering child malnutrition incidence rate of 3.6 percent, lowest in all Davao Region, the city government said.

As the province held the lowest child malnutrition incidence rate in the region, it also had the highest blood donation rate in the country with 2.29 percent of the total population of the province, surpassing the the required 1 percent set by DOH in order for the local government unit to be awarded with a Regional Sandugo Award, it said.

The city government attributed its success on the hard work of the Provincial Health Office, municipal health offices and institutions, health and social workers, government employees, and everyone who participated in making the “Province of Davao de Oro a truly healthy and people-centric province.”