Davao Conyo apologizes: I will never say anything to destroy Davao! 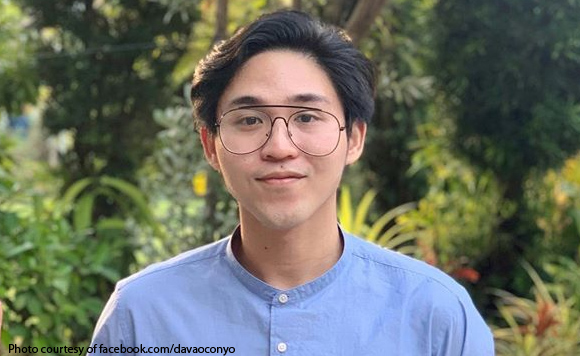 The social media star has issued an apology after being criticized by his fellow Bisaya kababayans.

Philip T. Hernandez, known as Mr. Davao Conyo in the online world, recently issued an apology addressed to the Davao community. The content creator from the Duterte-ran city posted his apology, after he unleashed a series of statements on Twitter, asserting that behind the ‘safest’ city reputation, people in Davao actually live in fear.

On his lengthy apology, Mr. Hernandez said that he should not have made his words seem like he’s speaking on behalf of the entire Davao community. Moreover, he clarified that the sentiments he aired were merely a conversation between him and the people that share the same thoughts.

“To be clear, when I said that I don’t owe the government anything, it was a response to a person who said that my opinions should be otherwise kasi i got help from the govt with where I am now, audience wise.That’s why I said I don’t owe the government because I did not get help from it audience wise. I appreciate our rules here and pinagmamalaki ko yan sa mga kaibigan ko na hindi taga Davao. I am just explaining so you see the whole context. I like how we are being managed by our Mayor, and I have no complains. Some screenshots weren’t included but, I actually agreed strongly to a statement that Davao was and is well managed by both Dutertes”,he wrote.

He ended his post with an appeal to the public, saying that he will never say anything to purposely destroy Davao.

Hello Guys.I owe Davao an apology for the ff reasons1. Making it seem like my words are yours. This was not my…

Cryptic pic! Is Baste Duterte going to have a new baby?