Davao City’s Malasakit Center gets over P10M from PCSO 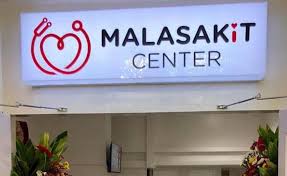 Davao City Mayor Sara Duterte-Carpio has thanked the Philippine Charity Sweepstakes Office (PCSO) for the over P10 million check to support the clients of the Malasakit Center in the city.

Formerly known as the Pagkalinga sa Bayan, the Malasakit Center, which is primarily run by the city government, was established as a one-stop-shop for all government agencies providing medical and financial aid to Dabawenyos, namely: the City Government of Davao with its Lingap Para sa Mahirap Program, PCSO, PhilHealth, Department of Social Welfare and Development (DSWD), and the Office of the President.

“We are very thankful to the PCSO for its support for medical and financial assistance for the indigent Dabawenyos. This additional fund means that more people can be made beneficiaries,” the presidential daughter said.

The PCSO handed over the check to the city government Friday, October 4.

People who are admitted in Southern Philippine Medical Center (SPMC), as well as with other participating hospitals in the City, may go to the Malasakit Center for their medical needs and can ask for financial assistance, the mayor said.

PCSO General Manager Royina Garma said that the budget came from the charity funds of the PCSO that is to be used as medical assistance for the indigent Filipinos. #