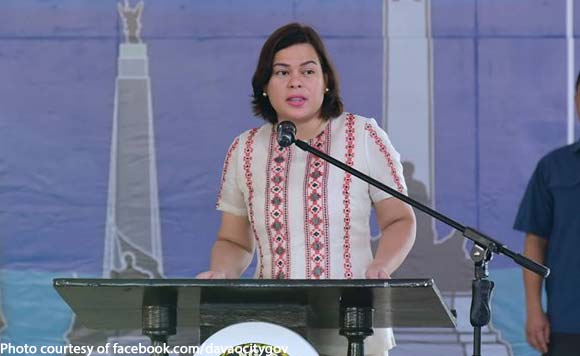 0 141
Share
Want more POLITIKO News? Get the latest newsfeed here. We publish dozens and dozens of politics-only news stories every hour. Click here to get to know more about your politiko - from trivial to crucial. it's our commitment to tell their stories. We follow your favorite POLITIKO like they are rockstars. If you are the politiko, always remember, your side is always our story. Read more. Find out more. Get the latest news here before it spreads on social media. Follow and bookmark this link. https://goo.gl/SvY8Kr

Davao City Mayor Sara Duterte-Carpio has led the launching of a program that aims to bring more economic activities in Paquibato District.

Paquibato, the pilot area for peace and development of Peace 911 initiative, is gearing up to address poverty through “Peace Economy.”

Duterte-Carpio said the Peace Economy, which was launched recently, is another move by the city government to sustain the gains of peace in Paquibato District.

Irene Santiago, the Peace Adviser of the Mayor, said Peace Economy aims to address poverty – the root cause of the insurgency.

“Peace economy is an initiative of Peace 911. In 9 months the violence has been stopped in Paquibato so now after the violence, what should we do? You go to the roots of the problem,” she said.

Among the first activity under Peace Economy is helping the farmers find the market for their products, Santiago added. #