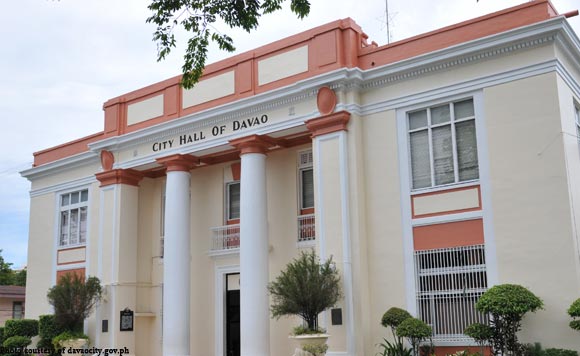 The Davao City government led by Mayor Sara Duterte-Carpio is set to open next month a halfway home for the communist New People’s Army (NPA) rebels who surrendered to the government.

The P10-million halfway home called the “Kalinaw Village,” is funded by the city government and the Department of Interior and Local Government (DILG), with P5 million share each.

“Right now, the admin building is already finished, while the construction of the dormitories is already around 40 percent,” said City Social Welfare and Development Office (CSWDO) head Ma. Luisa Bermudo.

Before the former rebels are admitted to the Kalinaw Village, they will undergo a 14-day de-radicalization process under the Armed Forces of the Philippines (AFP), the city government said.

At the Kalinaw Village, the former rebels will engage in transitioning activities such as livelihood and productive skills training and psychological and psychosocial intervention for six months. They are also beneficiaries of the Enhanced Comprehensive Local Integration Program (E-CLIP), a complete package of assistance for former rebels that includes enrollment to the Philippine Health Insurance Corporation (PhilHealth).

Bermudo said that the intervention program is important before the former rebels are integrated into the community and their families.

In establishing the Kalinaw Village, the city government also collaborated with the Technical Education and Skills Development Authority (TESDA), Department of Labor and Employment (DOLE), Department of Social Welfare and Development (DSWD), and other agencies for the intervention programs. It follows the mandate of the Executive Order No. 70 series of 2018 of the DILG to use the Whole-of-Nation approach to address the root causes of communist insurgency.

The project was conceptualized in 2018 and the construction started in April 2019.