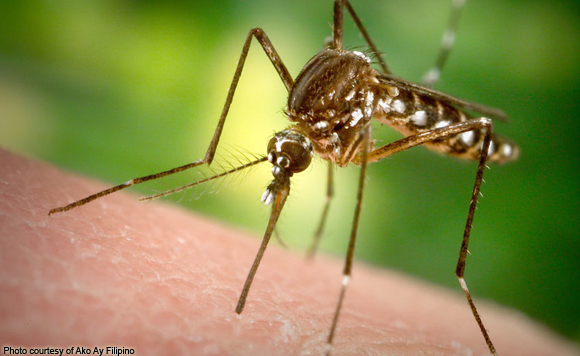 Davao City has registered a double-digit decline in dengue cases from January to second week of June compared to the same period in 2017.

Elizabeth Banzon, Tropical Diseases Prevention Unit Head of the City Health Office (CHO), said that there were 562 confirmed cases of dengue during almost first six months of the year, 57 percent or 415 cases lower than the 977 cases recorded a year ago.

Despite the drop, Banzon urged the public to remain cautious, particularly now that the rainy season has started.

“We should still be wary of our surroundings, especially nowadays because it’s the rainy season. Disinfect possible areas in our house where mosquitoes might breed,” she said.

She also advised the people to have themselves examined in case they experience symptoms of dengue infection.

CHO Head Josephine Villafuerte said that all health centers and public and private hospitals in Davao City have supplies of NS1, a rapid diagnostic test kit that can determine if an individual has developed dengue infection.

“The test may be 95 percent accurate but it can be used to determine early that a person has dengue so we can know what kind of assistance the patient needs,” Villafuerte said.

Some of the symptoms of dengue are sudden high fever, severe headaches, pain behind the eyes, severe joint and muscle pains, fatigue, nausea, vomiting and skin rashes, which appears two to five days after the onset of fever.