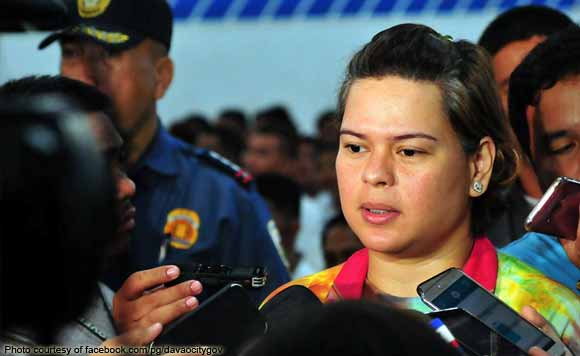 Davao City Mayor Sara Duterte Carpioordered the police and the military last May 3 to increase the city’s security measures after local authorities prevented a bomb plot that was allegedly planned by the Abu Sayyaf Group (ASG).

“I told them to come up with a holistic plan to address the concern of terrorism and to ensure that the people are safe,” the politikosaid.

This was after the Davao City Police Office (DCPO) tracked down a suspected terrorist last May 2, which lead to the suspect’s death following a shootout with police operatives in Magtuod road, Maa.

Authorities identified the suspect as a certain ‘Bin Ladin’, while two of his companions, identified as ‘Saqdat’ and ‘Omar, escaped.

According to DCPO director Senior Superintendent Alexander Tagum, their investigation told them that the suspect came from either Basilan or Sulu.

In light of this, the Davao City Mayor wants a review of the city’s security protocol to prevent similar incidents in the future, according to Benito De Leon, chief of the Davao City Public Safety and Security Command Center.