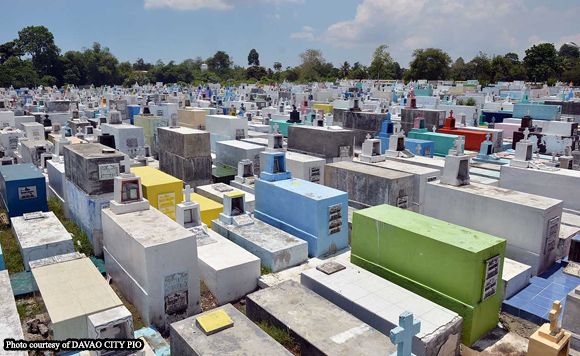 The Davao City government has advised the general public that the local government shall undertake the exhumation of some tombs and to transfer the exhumed remains to a depository in a public cemetery.

“Notice is hereby given to the general public that the City Government of Davao shall undertake the exhumation of 90 tombs and the transfer of the exhumed remains to a Depository at Tagakpan Public Cemetery beginning September 1, 2021,” the city government said.

The exhumed remains shall remain at the depository until their respective families retrieve them for interment at the location of their choice.

The Tagakpan Public Cemetery is currently undergoing rehabilitation to improve its facilities for the benefit of Dabawenyos, the local government said.

“As part of the rehabilitation project, a road network will be constructed which requires the exhumation of buried remains including the removal of several tombs located at Phase 1 and Phase 2 of Block 1,” it added.