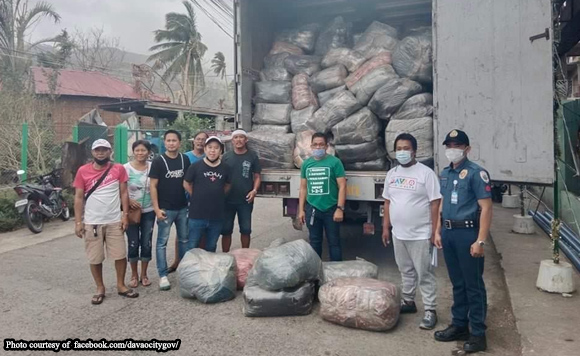 On the same day, Davao City also sent canned goods to Dinagat Islands through the office of Rep. Alan Ecleo, and sacks of rice, water and canned goods to Himamaylan City, Negros Occidental and the assistance was received by Mayor Tinto Bascon.

The goods, which include sacks of rice, boxes of canned goods and noodles, and cases of 6.6 liters of drinking water to Socorro, were given by the Davao Chinese businessmen. Similar aid from the same group was also deployed to Camiguin Island.

Meanwhile, the Davao City rescue and medical teams visited the municipality of Loboc in Bohol.

“The Municipality of Loboc was affected by Typhoon Odette and the overflow of Loboc River. The Urban Search and Rescue of Central 911 deployed water assets to assess the situation along the riverbanks. Medicines were also turned-over to the local operation center,” the Davao City government said.